A film by Jacqueline van Vugt.

“When you don’t have papers in this country, you suffer” as one young Nigerian woman in the Netherlands knows firsthand. When she arrived here, human traffickers forced her to pay back a lot of money, and she was then tricked into prostitution. All she can say from her asylum seeker’s cell is, “I’m not a criminal, but they treat me like garbage”. Jacqueline van Vugt traveled to Africa to observe the borders that lie between Nigeria and the European Union – between Nigeria and Niger, and on to Burkina Faso, Senegal and further to the north. At each country boundary, she met countless people dreaming of a better life, and convinced they would find it in the promised land of Europe. That dream exacts terrible sacrifices. Border zones are brutal environments marked by the ever-present threat of violence, exploitation and exhaustion. The closer the migrants get to Europe, the more the dream loses its sheen. And anyone who makes it all the way will get nothing like the reception he had hoped for.

Selection for the IDFA Competition for dutch documentary 2013.
www.pvhfilm.nl/borders
www.idfa.nl 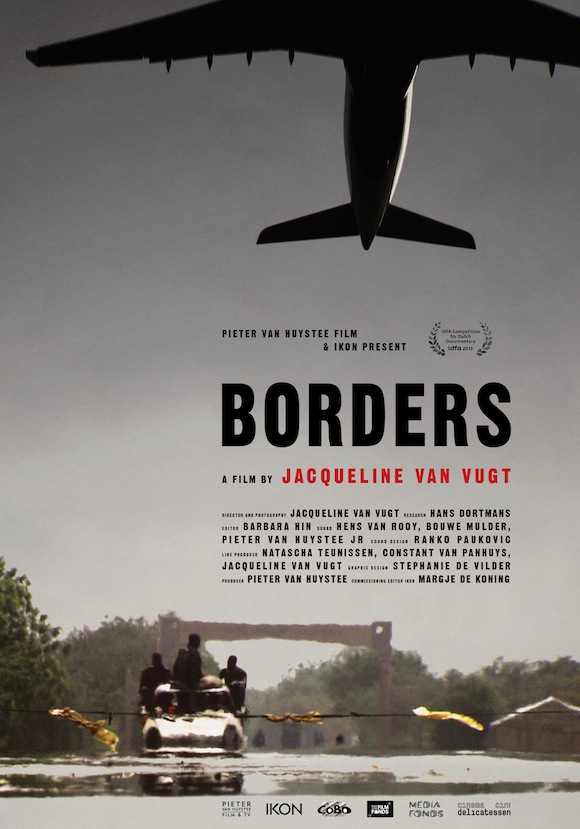